Singapore ‘s residential property prices, which have weathered multiple cooling measures and an economic slowdown, are set to tumble as a result of the fast-spreading Covid-19 pandemic.

Prices are expected to correct by as much as 8 per cent this year, because of weak demand and a poor economic outlook, according to property analysts.

But investors looking for fire sales will be disappointed, as analysts say prices are unlikely to crash the way they did in the recession after the global financial crisis in 2009, provided unemployment remains stable. 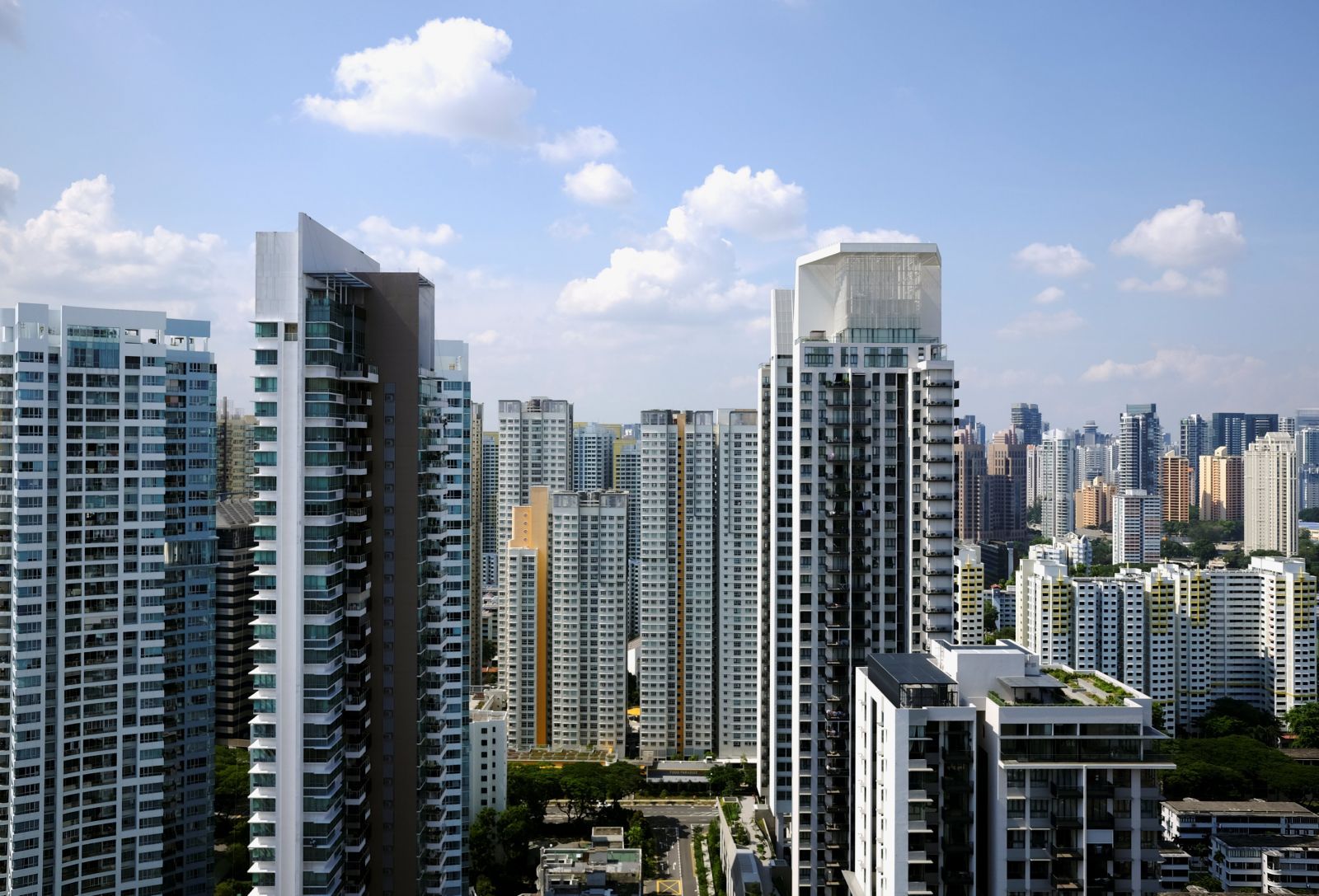 In the first quarter of this year, the island nation’s private home prices fell 1.2 per cent from the previous quarter, according to April 1 flash estimates by the Urban Redevelopment Authority – the first reversal after three consecutive quarters of increase.

The numbers are likely to get worse. Desmond Sim, CBRE’s head of research for Southeast Asia, is forecasting that the residential property price index will fall between 5 per cent and 8 per cent this year.

Meanwhile, Wong Xian Yang, associate director for research covering Singapore and Southeast Asia at Cushman & Wakefield, is looking at a decline of between 3 per cent and 5 per cent for the overall private residential market.

“Prices are expected to trend lower as Singapore heads into a recession,” Wong said.

However, he is not expecting the numbers to plummet as they had during the global financial crisis, when overall property prices fell by 24.9 per cent over four consecutive quarters.

The coronavirus pandemic and subsequent economic malaise have resulted in homebuyers tightening their purse strings – and, more significantly, a drop in foreign property buyers, who acquired an estimated 20 per cent share of non-landed private properties last year.

Agents in Singapore have felt the drop acutely, such as a marketing director from PropNex who wanted to be known only as Sia who said the situation had hurt his bottom line.

“I used to get one to two [inquiries] every day. But now, I get one to three a week at most.”

On top of that, about 30 per cent of his clients have since called to cancel appointments.

“The private resale market has slowed to a crawl, while newer properties are moving only because developers have adopted more sensitive pricing,” he said.

Michael Ng, executive director of CEL Development, the developer of Kopar At Newton in central Singapore, revealed that the company had already lowered prices for the 378-unit condominium project. 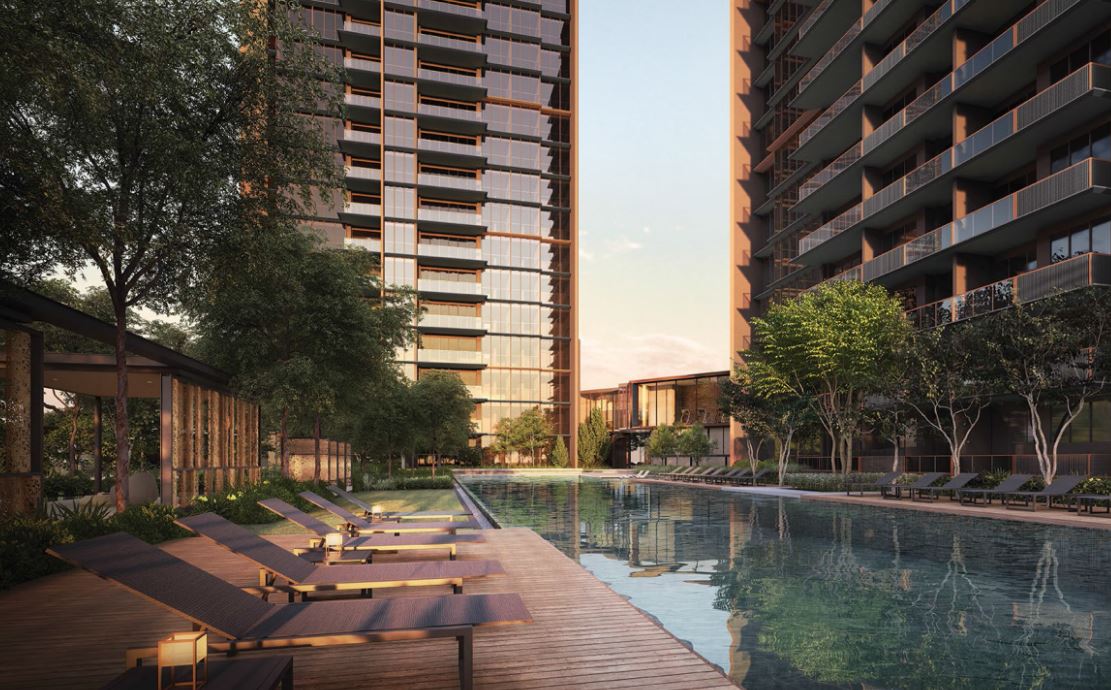 “An average of $2,500 per square foot would have been a fair and attractive price,” he said. “[But] with the escalating Covid-19 situation worldwide, we decided to lower it to $2,350 per square foot, with low floors starting from $2,100 per square foot for the initial launch. We will increase the price as we go along.”

Ng said that if not for the pandemic, the company would have had “easily 1,000 visitors on the first-weekend launch”.

When it was launched late last month, only up to 80 people were allowed in the gallery at any point due to Singapore’s social distancing guidelines, and entry was strictly by appointment.

After new measures were announced by the government on April 3, all show flats are closed from April 7 to May 4, meaning sales from now will have to be made using a digital booking platform.

So far, 77 Kopar At Newton units have been sold.

Still, Ng remains hopeful in his outlook for the industry.

“Singapore has become the beacon of hope in this tragic global pandemic. High-net-worth individuals from around the world will look to invest here when the dust has settled. Many more will look to migrate here with their families. It will be clear blue skies again after this storm,” he said.

But when the storm will clear is anyone’s guess, according to Nicholas Mak, ERA Realty’s head of research and consultancy.

One big worry is Singaporeans’ ability to keep up with mortgage payments, particularly with the rental market softening. Rentals of private residential properties fell 1 per cent in the fourth quarter of last year from the previous quarter.

Pre-empting the potential fallout, the Monetary Authority of Singapore has allowed individuals to defer their property loan payments until the end of the year due to the outbreak.

“We are not expecting dramatic price corrections in the coming months. Many property measures have already been put in place over the past years to ensure financial prudence among buyers,” said Christine Sun, head of research and consultancy at OrangeTee.

ERA’s Mak pointed to the stringent debt-servicing ratios and cooling measures put in place by the Singaporean authorities to prevent overleveraging, while Cushman & Wakefield’s Wong noted how government efforts to preserve jobs during the coronavirus crisis, such as the $48 billion supplementary budget, would help prevent massive defaults on loans.

“For now, fire sales are not expected, as unemployment rates remain relatively low and most property owners are not under huge pressure to sell,” Wong said.

“Furthermore, if prices show signs of spiralling downwards, the government can potentially ease cooling measures to stimulate demand. As such, we may not see a sharp drop in prices like in previous recessions.”

But the outlook could rapidly change should unemployment start to climb.

The manpower ministry said labour market prospects were expected to be subdued due to the Covid-19 outbreak and global economic uncertainties.

DBS economist Irvin Seah expects the Singapore economy to shrink 2.8 per cent in 2020 and believes total retrenchments will surpass the 23,430 recorded in 2009 during the global financial crisis.

Mak, however, is decidedly more sanguine and sees the light at the end of the tunnel. “Once the pandemic is contained, there will likely be robust recovery in demand and prices due to the pent-up demand, fuelled by loose monetary policies. Housing demand might be postponed but not destroyed by Covid-19.”

While some may see this as a time for bargain hunting due to the falling prices, others like Ku Swee Yong, chief executive officer of International Property Advisor, are more cautious.

“The United States reported 6 million jobless this week. Grab drivers’ revenue has dropped by 80 per cent. Cabin crew, pilots have zero flying allowance. If your banker told you about how defaults might be stacking up and how asset values might drop, would you prepare a pot of $2 million to buy an apartment?” he said.

“Will the economy recover in the next three months? Or the next 15 months? There are way too many ‘ifs’ at this stage and it is very tough to make any calls.”