As more cities and countries get locked down to stem the spread of Covid-19, anecdotal evidence is that some wealthy individuals see Singapore as a safe haven — certainly one that is worth flying into Seletar Airport on a private jet, even if it means a 14-day self-quarantine upon arrival.

Many of these high-net-worth individuals are from Indonesia, although there are others from neighbouring Asean countries such as Cambodia and Vietnam, says Bruce Lye, managing partner of real estate broker, SRI. “They like the way the Singapore government is handling the Covid-19 outbreak,” he adds. “They feel safer in Singapore than in their own country. In the event of infection, they would rather seek treatment at medical facilities here.”

While some have a residence here, others have investment properties in Singapore that are tenanted and will either check into a hotel or serviced apartment. “If hotels could get creative with a ‘14-day quarantine holiday package’ for such clients, I believe it would attract more of such visitors,” says Lye.

Covid-19 may have dampened global market sentiment, sparked fears of a recession and the sporadic panic buying of toilet paper. The rich, on the other hand, are on the lookout to pick up some real estate gems.

“The rest of the world has witnessed how Singapore is tackling the Covid-19 outbreak,” says Ismail Gafoor, CEO of PropNex. “The conclusion is that if you are looking for a country where the government is transparent and is proactive in taking measures in any crisis – be it financial or health – Singapore looks attractive.”

If anything, the Covid-19 pandemic has amplified interest in real estate, adds Gafoor. “When this health crisis clears, people from China and elsewhere in Asia will come in with a vengeance. But not in the short term.”

Traditionally, foreigners have favoured the Core Central Region (CCR), made up of the traditional prime districts of 9, 10 and 11 in the Orchard Road area as well as the City Centre, Marina Bay and Sentosa Cove.

Despite the travel restrictions that came into effect from Feb 1, the number and proportion of non-landed property purchases in the CCR by foreign buyers for the months of January and February 2020 has actually increased from the same period a year ago, says Gafoor.

“There are many foreign investors who are waiting on the sidelines,” says Samuel Eyo, managing director of Lighthouse Property Consultants. “Some prefer new developments that are exclusive, have freehold tenure and are located in prime Districts 9 and 10 enclaves. Others are shopping for old developments in these same districts that have en bloc potential.”

Singapore looks attractive given the transparency of the government, its financial system and quality of health care, continues Eyo. “Amid this virus outbreak, some are just biding their time before committing some of their wealth in Singapore’s real estate. They don’t mind holding for at least three years – to avoid the seller’s stamp duty.”

Not surprisingly, one of the most coveted neighbourhoods in the prime districts is the Cairnhill area in District 9, says Nicholas Mak, head of research and consultancy for ERA Realty. “The Cairnhill Circle-Cairnhill Rise area is quiet and on elevated ground, yet still accessible to the amenities on Orchard Road,” he observes. “It is a prestigious enclave located away from the hustle and bustle of Orchard Road, and just a short walk from the shopping malls, restaurants and luxury hotels.” 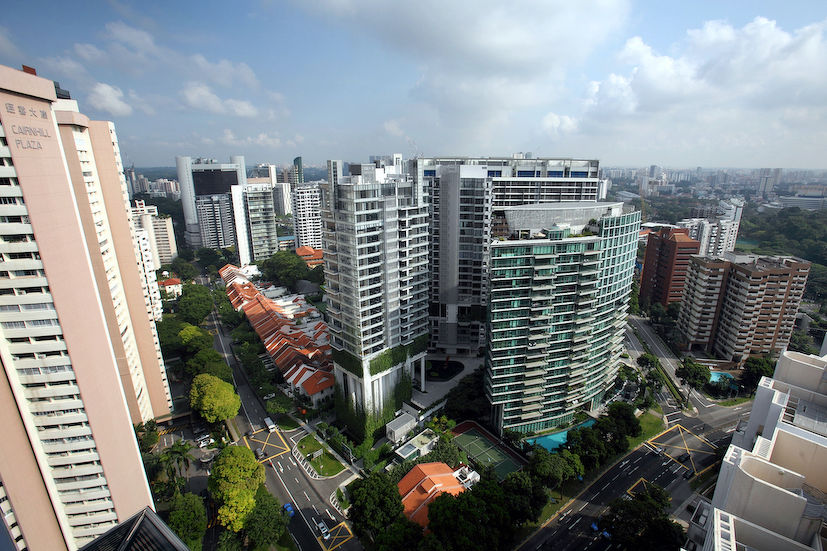 Donald Han, CEO of Sabana Real Estate Investment Management, has been living in the Cairnhill area since 1995. Home for Han is a comfortable 1,604 sq ft condominium unit on the 13th floor of Cavenagh House, a 14-storey freehold block located next to the Monk’s Hill black and white apartment blocks.

“On a clear day, I can see Marina Bay Sands and all the other towers at Marina Bay,” he says. “As the views are towards the Istana, in a way, the views are protected as you don’t expect the Istana to be redeveloped. Views like that can’t be replicated elsewhere in the city area.” 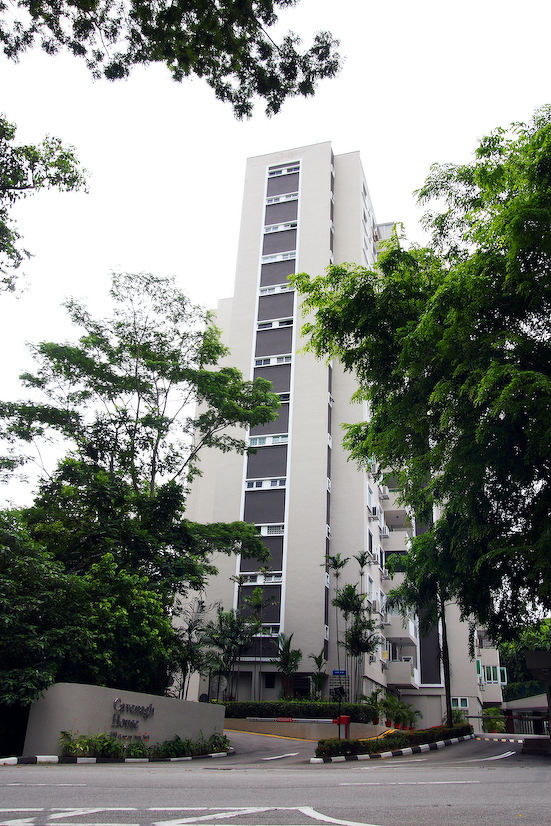 The freehold Cavenagh House was built in 1971 and has just 46 units. It’s located just across the road from Casa Cairnhill and the sales gallery of the upcoming Cairnhill 16.

“It’s just an eight-minute walk to the Newton MRT Station and Newton Food Centre; and a 10-minute walk to Paragon shopping mall and other malls on Orchard Road,” says Han. “The Cairnhill area may not have the same cachet as Ardmore Park, Orchard Boulevard or Nassim, but the convenience of having an MRT station cannot be underestimated.”

Having lived in the area for 25 years, Han says Cairnhill “is really an oasis set amid the bustle of Orchard Road”. He likes the eclectic feel: the mix of low- and high-rise condominium blocks set against the conservation terraced houses along Cairnhill Road and Emerald Hill Road conservation area. 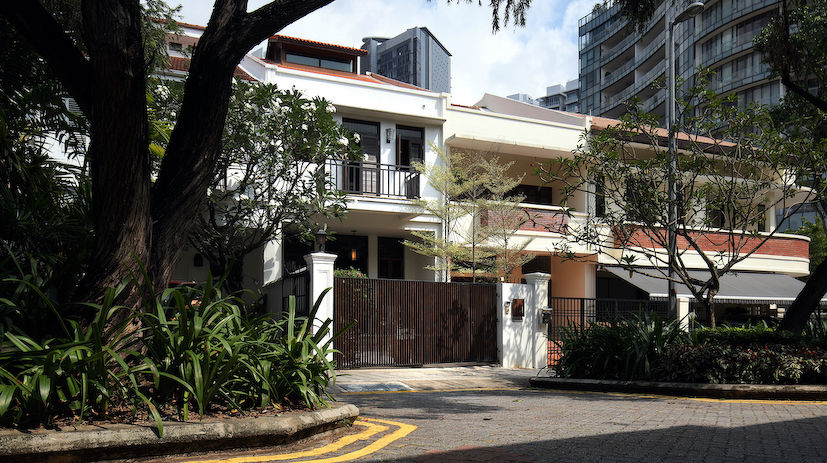 While the nearest MRT station is the Newton MRT Interchange Station — for the North-South and Downtown Lines — the Somerset MRT Station is also within walking distance, although it is a slightly longer walk. “But it’s a pleasant walk through Emerald Hill on cobbled stone walkways, where there are no cars and you can see people walking their dogs,” Han adds.

Rejuvenation from collective sales past

Twenty-five years ago, three condominiums stood out for wealthy foreigners: The Claymore (completed in 1985) on Claymore Road; Four Seasons Park (completed in 1994) at Cuscaden Walk, just off Orchard Boulevard; and Richmond Park (completed in 1996) on Bideford Road, located adjacent to Paragon in Cairnhill. “If you go back to 1996, these were the three projects that were top-of-mind priority for foreign investors,” adds Han. “The world was simpler then.”

The collective sale wave in the 1990s led to new high-end condominium developments in the Cairnhill area such as The Edge on Cairnhill by SembCorp Industries, which obtained its temporary occupation permit (TOP) in 2002; The Light @ Cairnhill by Wing Tai Holdings (TOP 2004); and CK Asset Holdings’ Cairnhill Crest (TOP 2004). 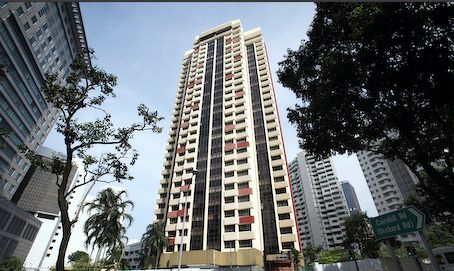 A decade on, another wave of collective sales in the 2005-2007 period resulted in another clutch of high-end developments: Allgreen Properties’ Cairnhill Residences (completed in 2010); CityVista by Chip Eng Seng Corp and former Lehman Brothers (TOP 2010); The Vermont at Cairnhill by Bukit Sembawang Estates (TOP 2013); Helios Residences by Wing Tai (TOP 2011); Hilltops by SC Global Developments (TOP 2011); and The Ritz-Carlton Residences by KOP Properties (TOP 2011).

“There was rejuvenation with the redevelopment of these pockets of sites over the past two decades,” says Han. “And from 2010, we saw the mushrooming of branded luxury residences in the Cairnhill area, such as Hilltops and The Ritz-Carlton Residences.”

A two-tiered market is now at play. “The new developments are commanding prices above $3,000 psf,” says Han. “As such, those sitting on older, freehold developments feel reassured that their land value has tremendous upside, based on the transaction prices of the recent wave of en bloc sales.” 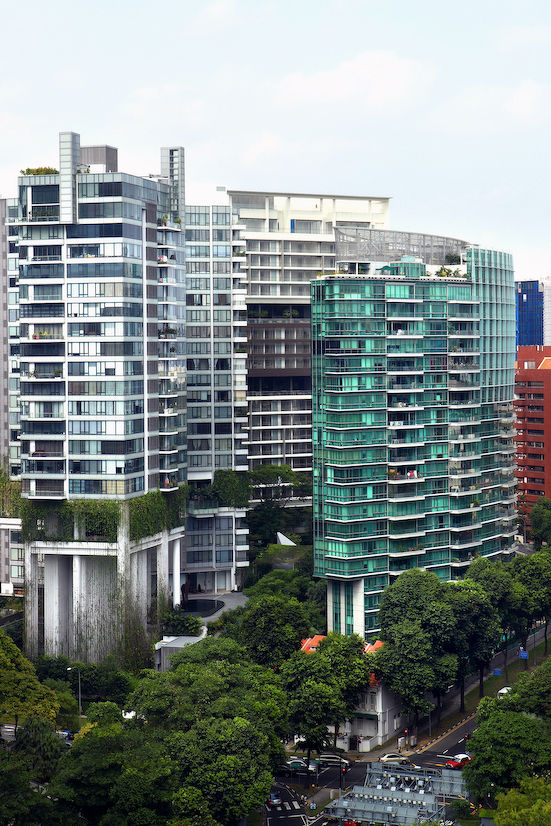 For instance, Cairnhill 16 is a redevelopment of the former Cairnhill Heights, which was sold en bloc for $72.6 million in April 2018. The buyer is a 60-40 joint venture between two listed construction companies, Tiong Seng Holdings and Ocean Sky International respectively. Including development charge, the price of the land worked out to $1,873 psf per plot ratio (psf ppr).

This is lower than the $2,311 psf ppr paid by another listed construction company, Low Keng Huat, for the Klimt Cairnhill site. The former Cairnhill Mansion was purchased en bloc for $362 million in February 2018, and the neighbouring bungalow plot at 67 Cairnhill Road for $100 million four months later. The two sites were subsequently amalgamated to create a bigger plot.

The upcoming previews of Cairnhill 16 and Klimt Cairnhill have definitely stirred up interest in the neighbourhood. Near Cairnhill 16 is the 241-unit Hilltops on Cairnhill Circle, a luxury development with a mix of two- to five-bedroom apartments as well as penthouses. 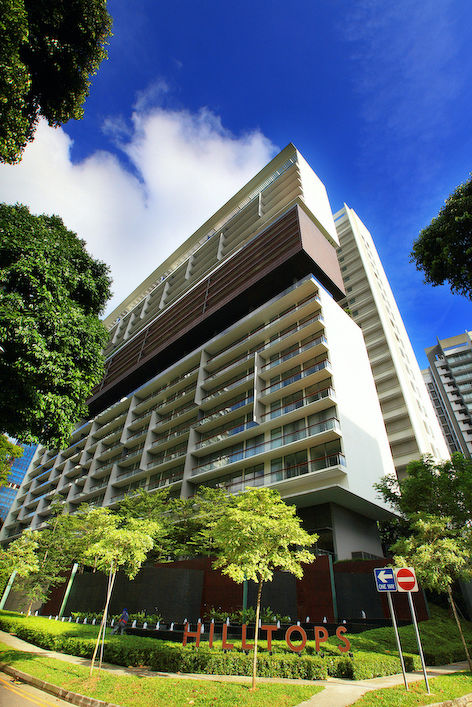 At The Ritz-Carlton Residences, a 36-storey single tower with just 56 units along Cairnhill Road, the latest sale was of a 3,057 sq ft, four-bedroom unit on the 28th floor. That unit fetched $10.5 million ($3,435 psf), according to a caveat lodged on March 5. Prior to that, there were three other mega deals at the development since last October.

It started with SRI selling the first mega unit at The Ritz-Carlton Residences last October. The developer, KOP Properties, had amalgamated two adjacent three-bedroom units of 2,863 sq ft each on the 15th floor of the tower. The result was a 5,662 sq ft, five-bedroom simplex that was fully furnished. It was sold to a Chinese investor for $20 million ($3,532 psf). 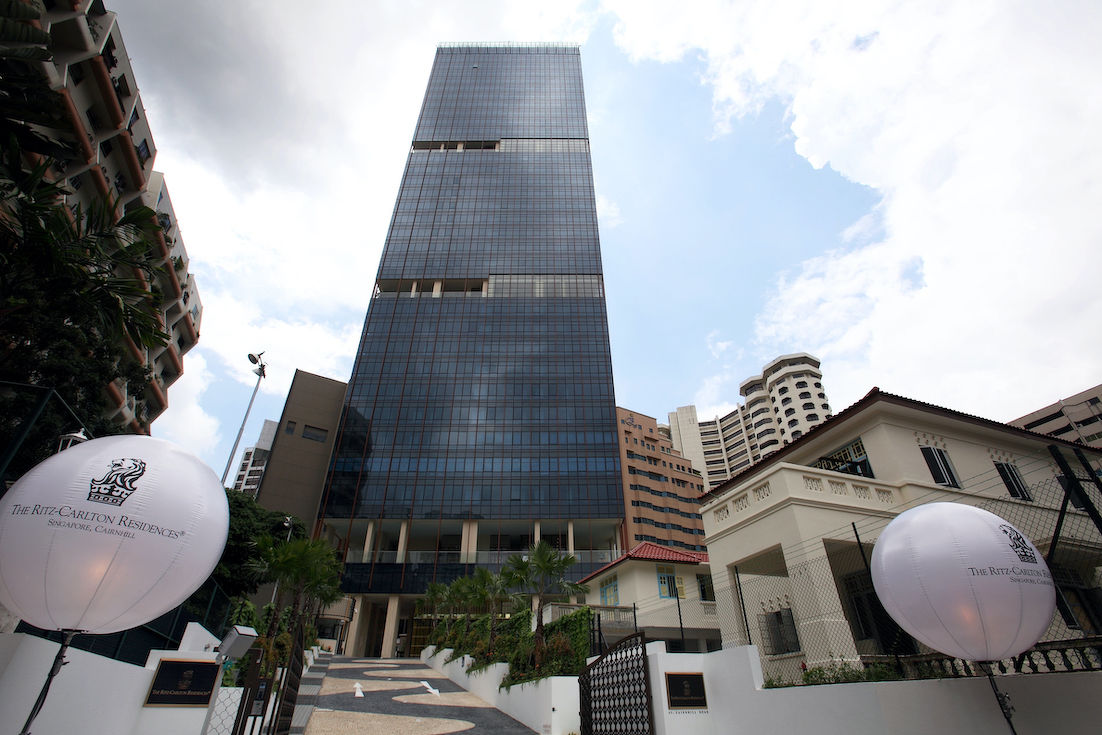 Given the sale of the mega unit at The Ritz-Carlton Residences, two other similar deals followed: Two adjacent 2,863 sq ft, three-bedroom units on the 20th floor were purchased by Ong Bee Huat, deputy chairman and group CEO of Hong Lai Huat Group, for $9.8 million ($3,462 psf) each, according to caveats lodged last November. In February this year, two neighbouring three-bedroom apartments of 2,863 sq ft each on the 16th floor were sold for $10.14 million ($3,582 psf) apiece. The buyer is said to be Gou Yiqun, a director of Sichuan Haidilao Catering, which operates a chain of hotpot restaurants.

Meanwhile, more and more developers of high-end projects in the prime districts have adopted a wait-and-see attitude as the pandemic escalates, says PropNex’s Gafoor. However, he is of the view that property developers that “price their projects right”, will still enjoy some sales, especially given the low interest rate environment.

“Cash-rich investors are distracted by the stock market plunge which they view as a buying opportunity in the hope of a short-term bounce,” adds Gafoor. “Real estate on the other hand, is viewed as a long-term play.”

Nevertheless, SRI’s Lye has been inundated with WeChat and WhatsApp messages from his overseas clients enquiring about “fire sale opportunities” or the possibility of buying real estate assets of up to $100 million in Singapore.

“It’s funny, but when there’s uncertainty, people tend to rush to buy assets,” he adds. “Pent-up demand is building up. Once the travel restrictions are lifted and the gates are open, we could see a big surge in demand for real estate.”