At Wallich Residence, the tallest skyscraper in Singapore at 290m above sea level, prices have soared to new heights, defying both gravity and the coronavirus, it seems. That feat was achieved by a Taiwanese businesswoman who paid $17.5 million in January for a 3,509 sq ft, four-bedroom penthouse on the 61st floor. The price translates to $4,987 psf, the highest psf price in over six years — since the project first previewed in December 2013. 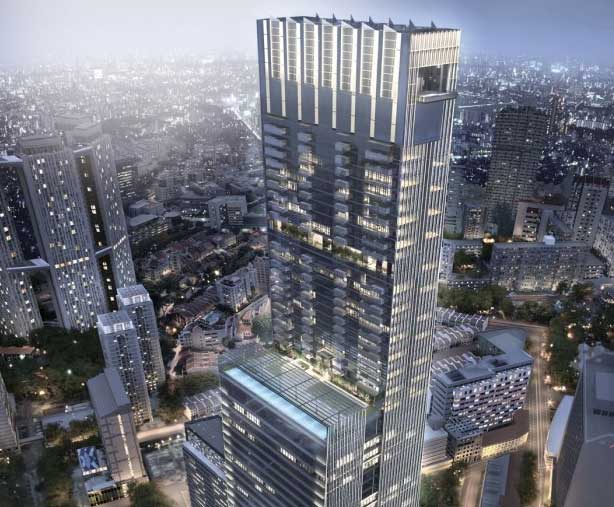 The Taiwanese entrepreneur had very specific requirements, according to the PropNex agent who brokered the sale. She wanted a luxury residence located in the CBD, with good connectivity and on a high floor with water views. As a foreigner, the buyer was subjected to a 20% additional buyer’s stamp duty on top of the 4% buyer’s stamp duty, which inflated her tab by another $4.2 million.

As rare as the Hermès Himalayan Birkin handbag

There are only five penthouses at Wallich Residence. Four of them are 3,509 sq ft simplexes on the 58th to 61st storeys. Each penthouse has four en suite bedrooms, a wet and dry kitchen and private lift access. The fifth penthouse is the sole triplex super penthouse which occupies the 62nd to 64th floors. The 21,109 sq ft, super penthouse was purchased last year by the UK’s richest man, James Dyson, for $73.8 million. 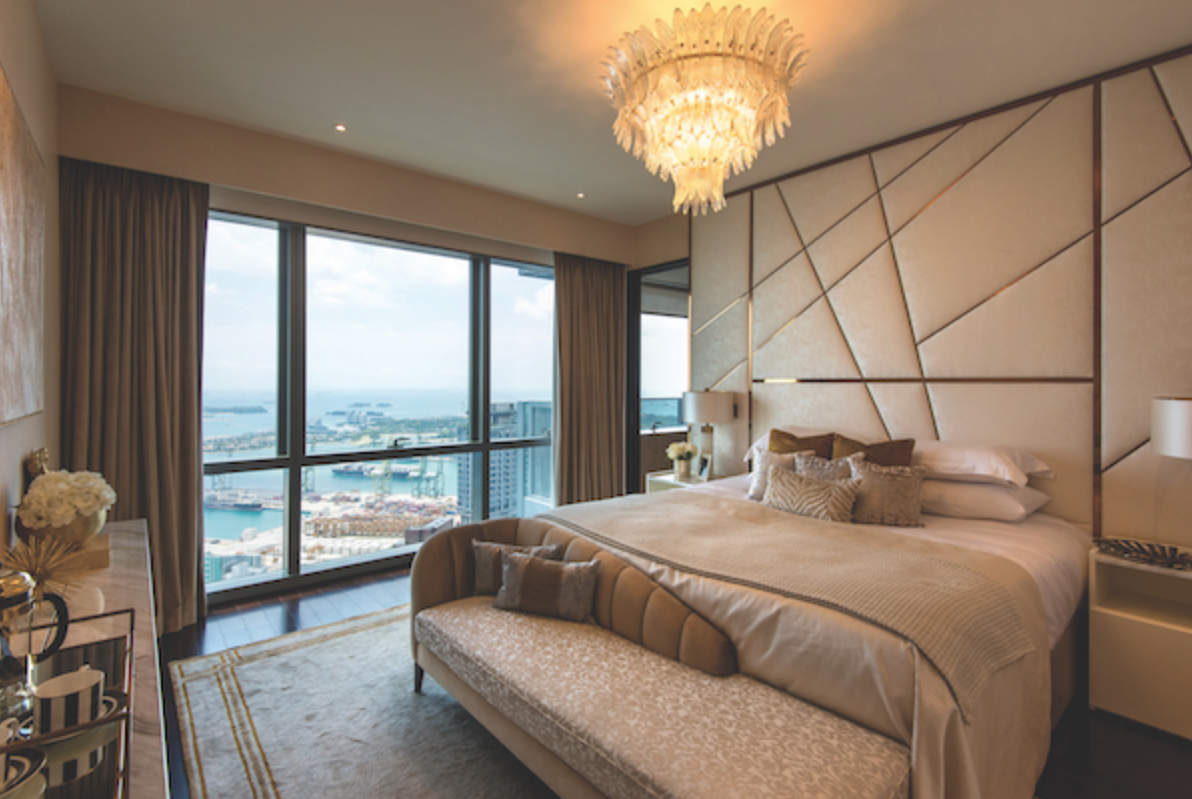 “Unlike other skyscrapers, we have chosen to put the most valuable and spectacular real estate space at the pinnacle and have the residential component crown the development – making this a trophy asset” says Dora Chng, general manager (residential) at GuocoLand.

The last available penthouse on the 60th floor will be offered for sale fully furnished, with interiors designed by The ID Dept. One of the four en suite bedrooms in the penthouse has been converted into a bar area. It also has the flexibility to be used as an entertainment space.

“What makes our penthouses such a rarity is that they come with spectacular views from all angles,” says GuocoLand’s Chng. For instance, the living room of the penthouse on the 60th floor has an uninterrupted view of the sea, Sentosa Cove and the future Greater Southern Waterfront. 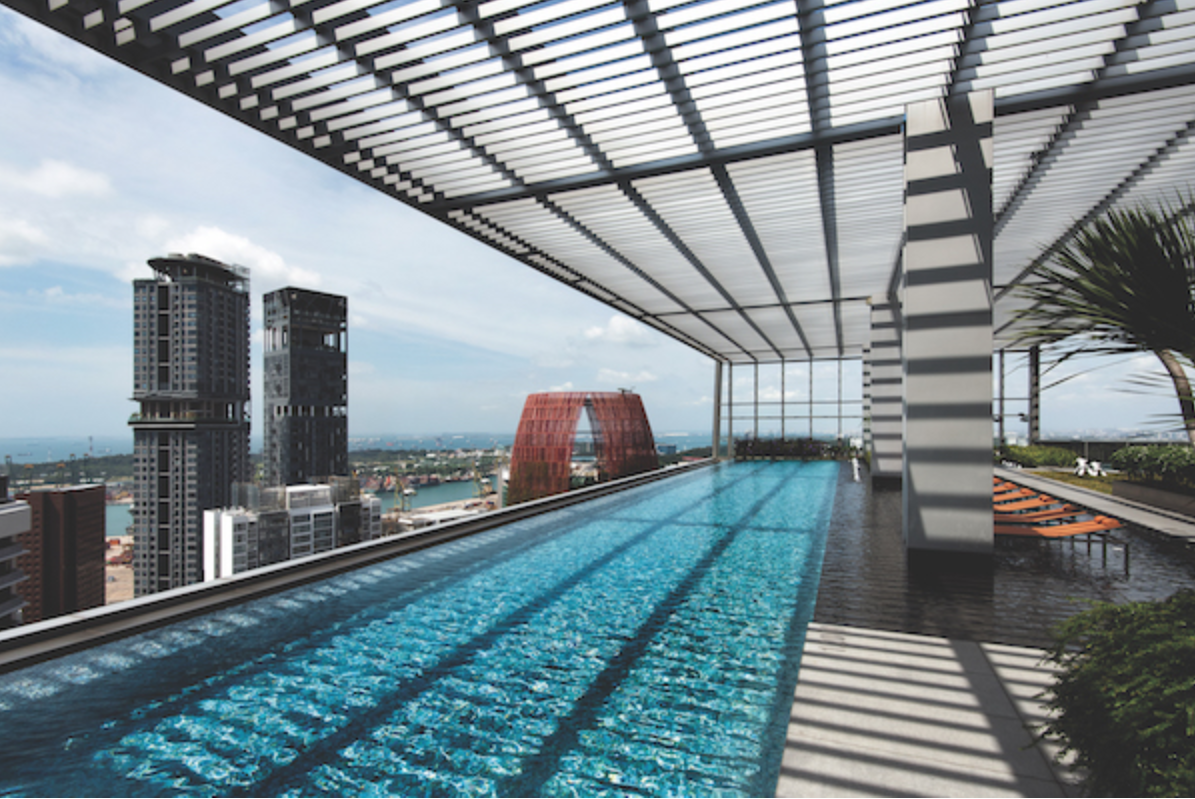 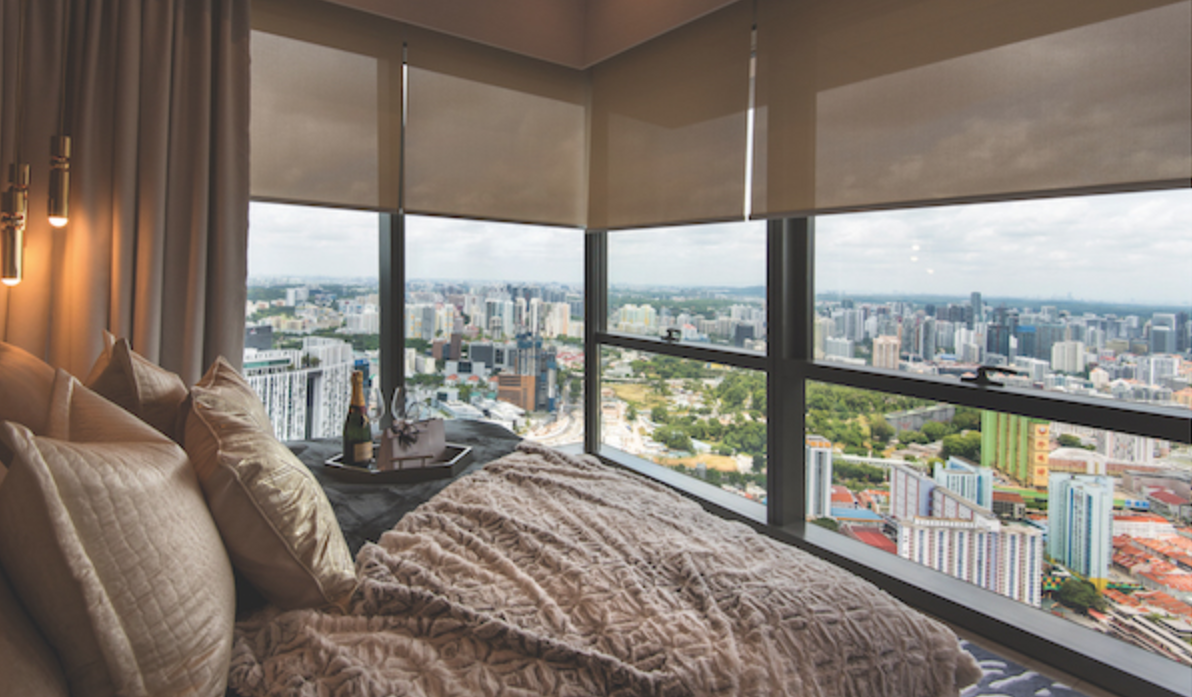 Unlike most apartment and condominium developments in the city centre, which have predominantly compact units, GuocoLand deliberately created large units at Wallich Residence. “With only 181 units, the residential community is naturally very exclusive,” says Chng. “This exclusivity will give rise to a unique international community living here.”

Tanjong Pagar Centre was completed in 2017 and is considered the newest development in the area. “As the units are larger than the typical units in the CBD area, even the rental rates are at a premium to those in the surrounding area,” says PropNex’s Lee.

For instance, one-bedroom units at Wallich Residence were leased at monthly rental rates of $5,000 to $6,900 in the months of November 2019 to January 2020, according to EdgeProp Singapore data.

As Wallich Residence — and Tanjong Pagar Centre — is located in the Tanjong Pagar precinct of the CBD, it is also considered the gateway to the Greater Southern Waterfront, the focal point of development in the coming decades. “The future development of the Greater Southern Waterfront will have an uplifting effect on Wallich Residence,” notes Chng.

For the final penthouse at Wallich Residence, GuocoLand has a price tag of $5,300 psf, which translates to an absolute price of about $18.6 million. If this price is achieved, it will set a new record for the the luxury, 99-year leasehold development.

The buyers at Wallich Residence are not the typical owner-occupiers, emphasises Chng. “They want to stay in their own private residences when visiting Singapore, instead of staying in a hotel,” she explains. “They can use the meeting rooms or private dining room to entertain friends and business associates when they are in Singapore. It’s more exclusive.”

In fact, most of the buyers, especially of the penthouses and larger units at Wallich Residence, tend to be business owners or entrepreneurs who like the vibe and connectivity of city living, notes PropNex’s Lee.

For now, the ultra-high-net-worth individuals from abroad may be deterred by travel restrictions due to the global spread of Covid-19 and the general market sentiment. Nevertheless, when sentiment shifts, these buyers should return, says GuocoLand’s Chng. “They are likely to make their purchase decisions based on the quality of a product rather than make rash decisions based on herd mentality,” she adds.

Given that Singapore was “well-prepared” in handling the health scare, the ultra-high-net-worth individuals who are looking for a suitable place to base their families and their businesses will certainly have the city state on their radar, says PropNex’s Lee. “We’re confident that perhaps within the next six months, we could see a V-shaped recovery in the Singapore market,” he adds.